Please see our governors' pen portraits which give a little more detail about the individuals who form our governing body.

I joined St. Michael’s as a Parent Governor in November 2017, shortly after my son Oliver started in Year R. Like any parent, I want to ensure that my son has the very best start in life, so I became a governor to both support and challenge the head teacher and other members of staff to ensure that the highest standards are maintained and all actions taken are in the best interests of the children at our school.

I have always lived in the area, and have lived in Aldershot, with my wife Jana, since 2007. I work in Guildford and manage a team of software developers for a fast-growing technology company. In my spare time I enjoy going out on my mountain bike, watching ice hockey and reading crime novels

I have been a governor at St Michael's Infant School since 1999, starting as a Parent Governor and then moving into the Foundation governor role in 2002. I was Chair for many years and now, Vice Chair. I have lived in Aldershot all of my life and attended St Michael's as a pupil in the 1970s when it was a Primary School. My son was a pupil at St Michael's Infants from 1998 to 2001. I work for Aldershot Town Football Club as the programme editor and I'm also an A-Level exam invigilator. In my spare time I watch football and cricket, attend Park Church, read, walk, listen to music and birdwatch.

In January 2018, I became the new Vicar of St. Michael's and the Ascension Church and a Foundational Governor of the School. I am excited about his school and impressed by the passion and dedication of the Leadership Team and Staff for each child.  I would be very confident about sending my children here (if they were still infants), in the knowledge that they would be getting a wonderful start to their School life. I hope to be a support for the whole of the School community and to encourage this positive, uplifting, learning environment. If you see me please do ply me with coffee and stop to chat.

I have been a governor at St Michaels since 2013 serving as a Parent Governor, then Co-opted in 2017, I am now the SEN Governor ensuring that SEN stays on the governing body agenda and providing a link between the governing body and the staff with regard to Special Educational Needs.

I live in Aldershot with my wife Kirsty and our two children Tommy 10 and Megan 14, both of whom we adopted through Hampshire County Council. I work in Guildford as an IT Manager.

My interest in St Michael's Infant School began when our daughter Megan attended some years ago and was elected a parent Governor while our son Tommy was attending the school. It was clear from their time there what a special school it is and a Governors role was the perfect way to give something back for the care and support they received.

I moved to Aldershot in 2007, and have had links to the school for several years. My daughter started at St. Michael's in 2018, following in the footsteps of her cousins, and my sister currently teaches at the school. I was delighted to become a co-opted Governor in May 2020.

I work locally (mainly from home these days) as a Software Developer. In my spare time, I occasionally work as a volunteer in Brickfields Country Park, and have recently completed a Master’s degree in Space Science.

My husband and I moved to Aldershot in 2014, and our three younger children now all currently attend St Michael's Infant School. During our first visit to St Michael's in 2018, all three children were made to feel welcome by the staff and encouraged to explore, express themselves and play. From that moment, I felt that this was a special school which I wanted our family to be part of.

I became a Parent Governor in 2021 as I wanted to give something back to the school and staff and to help support and shape a future for all young children.

Outside of a busy family life with children and young grandchildren, my main passions are music and television. I have worked as a Production Manager and Coordinator in television over the past 22 years, and alongside this, work at Fleet Town Council. 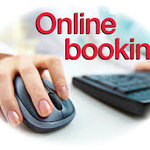